Names Will Never Hurt Me

(scroll down for book description) 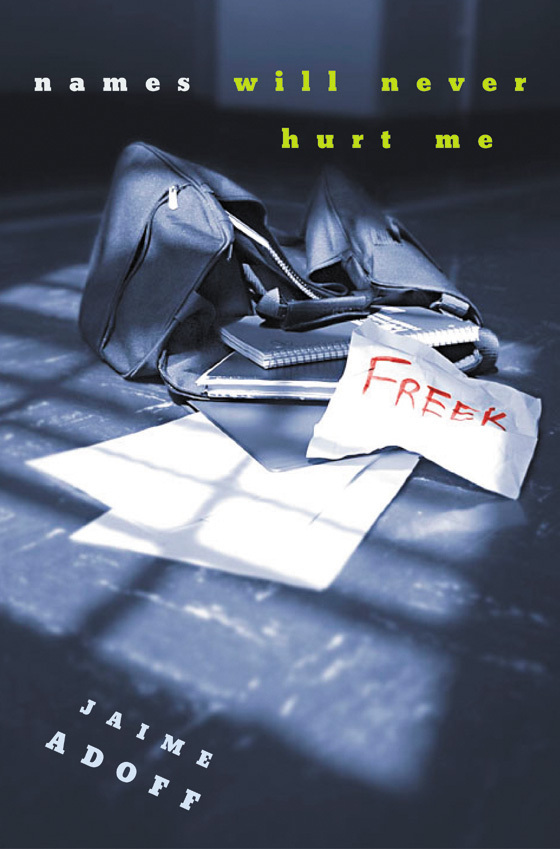 There's Kurt, the "freek" who listens to loud music, trying to escape the kids who bully him;
Tisha, who's called "the white girl with a tan that never fades" who feels "out of place" because she's bi-racial; Ryan, the all-American football star who rules the hallways but hides a terrible secret; and Floater, who wields power over students by acting as the principal's eyes and ears.
Deftly interweaving the narratives of these four unique, vivid teenagers, this powerful novel in prose-poetry form explores the enormous repercussions of daily school teasing, racism, and ostracism. As tensions rise and emotions reach the breaking point, will Kurt, Tisha, Ryan and Floater be able to reach out to one another in time to prevent a tragedy?