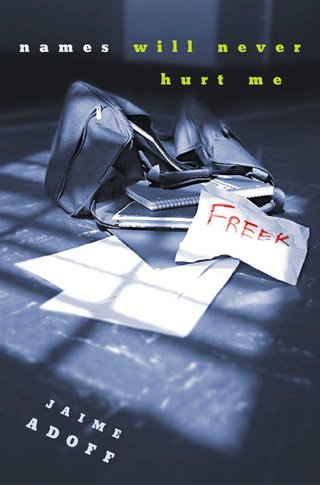 What was inside Kurt's gym bag, in NAMES WILL NEVER HURT ME?

Here is the answer to the million dollar question:
I don't know . . .
Some days when I would wake up, while writing Names Will Never Hurt Me, I would think Kurt
had a whole arsenal in his gym bag, other days I would think, no, he's not
that kind of kid. I would like to believe he didn't have any weapons in
his gym bag, but I do not know for sure.

I thought what was most important, wasn't what was in his gym bag, but
what the gym bag represented to Kurt. How it made him feel. It represented
power, control. When he had that gym bag, it was the only time he felt any
type of control over his chaotic and abusive life. He felt empowered for
the first time, it made him feel as though he could strike out at his
tormentors and make them pay, perhaps, the ultimate price . . . .

The reader knows he has something heavy in there, but I purposely did not
say what it was. The other reason is; it is only one day. I did not want
the reader to have too much information about Kurt or any of the
characters. Had we known what was in Kurt's gym bag, I think the reader
could have been swayed too much one way or the other in their impressions
about him. This book is like being beamed down from another planet for one
school day, to walk in the shoes of these kids, to hear their most private
and intimate thoughts and feelings, then you are beamed back.
Hopeful, that all will work out, but like in life, you just don't know for
sure. Perhaps, if there is a sequel we may find out more about these characters,(especially Kurt.) Maybe we will see if he still has that gym bag and perhaps, finally find out what's inside . . .